Here’s this past week’s episode of Rap Is Outta Control. You can catch the show live every Sunday night on Shade 45 Sirius XM from 10pm – 12am EST with @itsdjeclipse & @djriznyc
Playlists available at www.rapisouttacontrol.com/playlists

This dj mix by DJ Eclipse has been favorited 32 times so far.

DJ Eclipse, renowned indie Hip Hop tastemaker, first gained national notoriety while djing for 3rd Bass front man MC Serch in the early 90’s. His reputation grew in the mid 90’s by filling in for Stretch Armstrong on his weekly 89.9 radio show on WKCR and then later for Mayhem on 89.1 WNYU. He joined Wild Pitch Records in ’94 and became the National Director of Retail Promotion until their closing in ’95. Then, DJ Jab, the owner of a small basement record store called Fat Beats, brought Eclipse in to help out on weekends. It wasn’t long before Fat Beats became a worldwide company with Eclipse overseeing all of their retail operations. Around this time, NY also saw the birth of Eclipse’s seminal crew Non Phixion, which played a pivotal role in the indie renaissance of the mid 90’s. During these years, Eclipse established himself as the “go to” DJ for all the local Hip Hop events at Wetlands, S.O.B.’s, Vinyl and most notably, Tramps. In ’97, after spinning at many of the “Break Beats” parties at The Point in the Bronx, Crazy Legs put Eclipse down with the legendary Rock Steady Crew as one of the RSC DJs. By 1998, Eclipse started The Halftime Radio Show with DJ Riz and Lynn Gonzalez. Later on he could still be heard on on 89.1 WNYU with DJ Skizz on Wednesday nights from 10:30 PM – 1:00 AM (EST). As a producer, some of Eclipse’s notable credits include remixes for O.C. (“Time’s Up” & “Born 2 Live”), Nas, N-Tyce, the Modern Jazz Quartet (Rebop-The Savoy Remixes), a couple party joints for AV8 & Nervous Records and the Fractured Breaks battle records series just to name a few. In addition to running the Fat Beats NY store, operating Uncle Howie Records with partner ILL BILL and touring with La Coka Nostra, Eclipse joined DJ Premier on his “Live From HeadQCourterz” radio show as a “relief” DJ when Primo is on tour. The show aired on Sirius Satellite Radio on channel 40 Friday nights from midnight to 2 AM (EST). 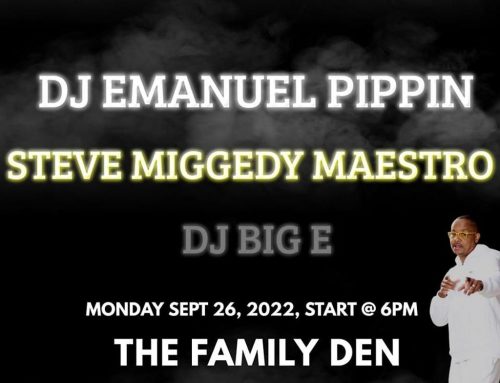